Last week Blender was the main focus, and it was time to model some more obstacles for the game that is currently being worked on. This screenshot is a render of the them, and this week they will be added to the unity project, and coded as obstacles to be avoided by the rocket. 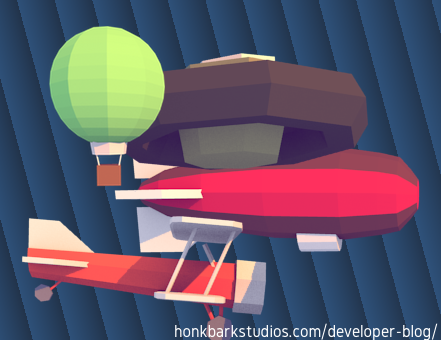 Since this is the first update of the game on this developer blog you can read the other updates, which has been posted on twitter, here:

The start of the game development:

Something's cooking in the blender app. What might i be? pic.twitter.com/6kSEcnb0nV

Done some coding in #unity3d on traveller this week. Also, shared an object pooler for unity: http://t.co/R3uLPVyJQI pic.twitter.com/hpEkGTjKgA

Today i got some steering, score count and engine particles fixed. Getting closer to a minimum viable product. pic.twitter.com/TqtnhWpXPB

Menu, highscore and explosions done in traveller. Next week it's time to focus on obstacles #unity3d pic.twitter.com/WGNtiLsjyO